It’s important to always care for any piece of equipment you come into contact with, whether it’s your own or a piece of rental gear because it helps prolong its lifespan.  That’s why it’s important to keep your camera gear in cases.  But like most of Americans, I don’t always want to take the time to put things away to the fullest extent that I probably should.  That’s why whenever I can, I try to keep as much of my gear built as possible (it also makes it easier to take out and use in a run and gun situation).  My latest challenge has been building my Blackmagic Cinema Cam rig and then finding a way to safely store that also allows me to keep the majority of the system assembled.

To do that I first built my camera system and then took apart any non-essentials such as the monitoring equipment etc.  Next, I measured its height and looked around to see what my options were in terms of finding a production bag to stick it in.  What I discovered was that in my case, one of my Cinebags would work great after an easy conversion.  This particular bag was being used more for grip purposes and to store spare parts among other things.  I relocated its contents to other more appropriate bags and then got to work.

The first thing I did was remove the pouches so that I could then take out the bottom-most layer that padded the inside.  That consisted of some mounted carpet and folded side panels.  I then cut the side panels so that I could gain some extra room in the main portion of the case when giving consideration for my system’s rails and mattebox (that would be ideal to leave assembled so that all I’d have to do is quickly pick the camera up out of the case when looking to use it).

I then placed the carpet back inside the large portion of the case and found a novel use for the two side panels I had just cut off. 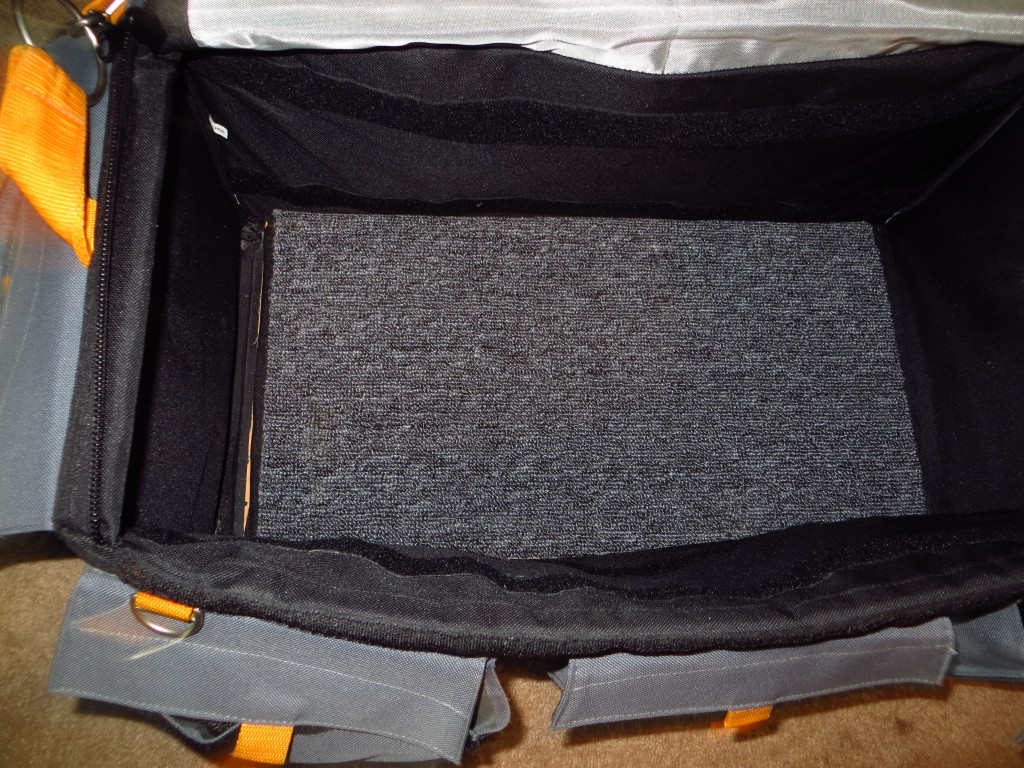 To ensure the camera had some added protection I took the side panels and stuffed them in the two outside pockets of the camera bag, essentially moving them by like an inch or so from where they originally had been on the inside portion of the bag prior to being separated from the carpeted insert.  To secure them into place I folded the flap used to cover the outside pouch over each, taking advantage of the Velcro that was in-place.

This keeps the pouch open, but for my purposes, that’s acceptable.

I then placed two of the pouch inserts that came with the production bag back inside (they Velcro to the side walls).  One is larger and I used that as a storage place for my Marshall viewing monitor.

The other has a thinner profile and I used that to hold various tools and the folded French flag that go with my system and its rigs.

You can see how the camera system snugly fits between, saving this lad some money while also adding a new use for this Cinebag Production Bag.

Create an immersive experience and deliver online video permanently, privately and securely anywhere in the world.

Feel the Joy of Cash Back!  Find coupons and Cash Back in just 1 click.